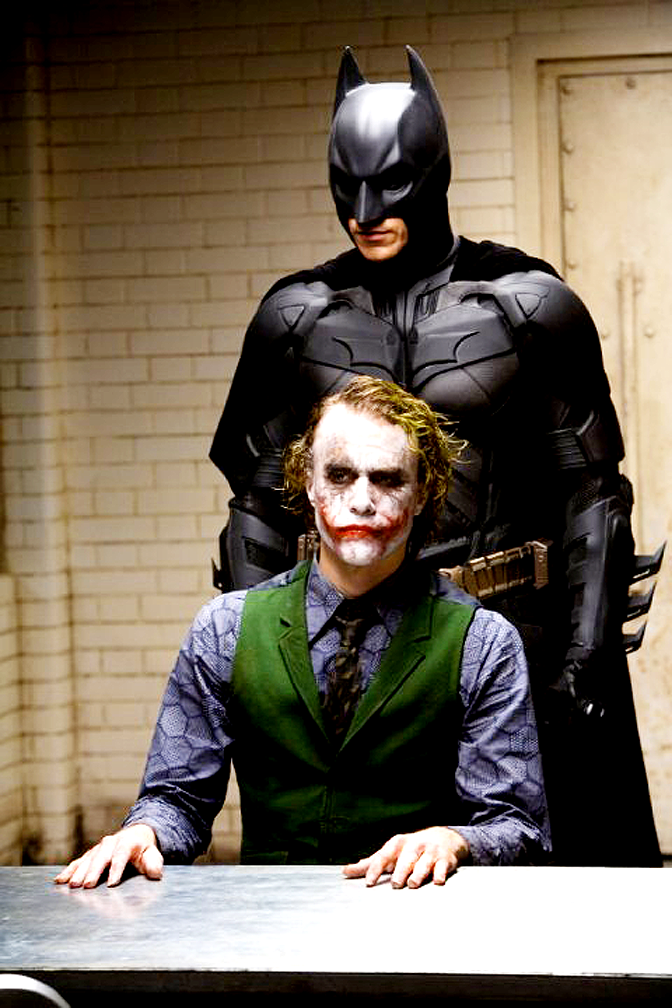 The Dark Knight (2008): Visually, this wasn’t much to look at, but the acting is what takes center stage. Heath Ledger stole the show right from under Christian Bale, and Aaron Eckhart is no joke as Harvey Dent/Two Face. Everything about it screams serious and dark, which is fitting.

Batman (1989): As the first in the movie franchise, Batman set the course for the first two films and showed why the Dark Knight is a force to be reckoned with. Yeah, so people complained about Michael Keaton. He more than shows that he was a more-than-competent Batman. Also, Jack Nicholson’s malevolent Joker was a scene-stealer, which shouldn’t be hard to do as the Clown Prince of Crime. 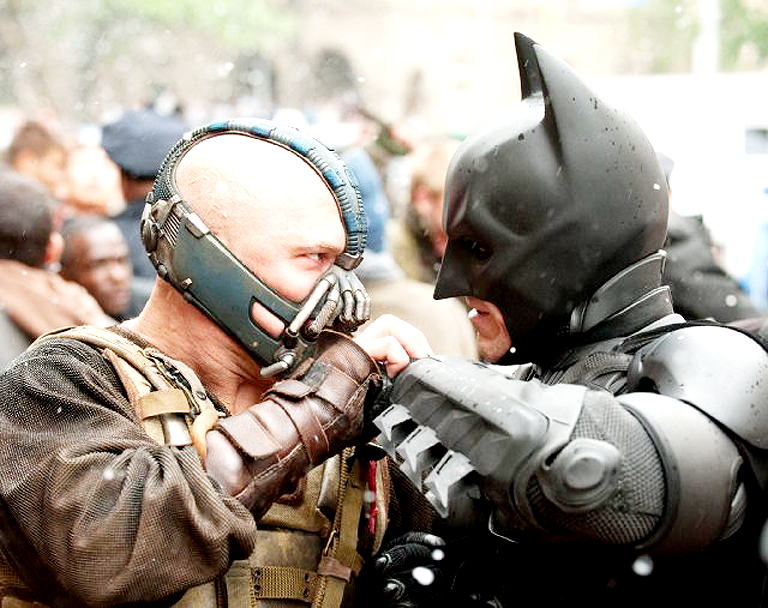 Dark Knight Rises (2012): The finale in the second Batman trilogy of films is well-worth the price of going to the movies these days. Anne Hathaway was a serviceable Catwoman and Tom Hardy was perfect as Bane. Christian Bale was still good, and we even could get with the plot despite never having read the Bane-particular parts of the comic. Engaging is the right word for the final Batman with Christopher Nolan at the helm.

Batman Forever (1995): Sure, it’s cartoony and could use some cheesiness grated out of it, but the one turn of Val Kilmer in the tights actually isn’t that bad. It’s obvious that he didn’t really want to be Batman, but the atmosphere is interesting and the visual style is a welcome change from Tim Burton’s previous efforts. Jim Carrey was perfect for the role of the Riddler, too. 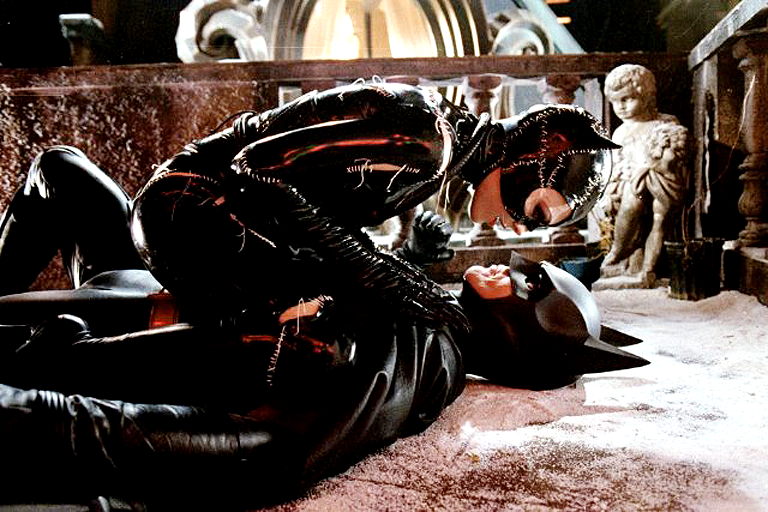 Batman Returns (1992): We’ve thrown around the term “Too Many Villains Syndrome” a lot in The Strip, and Returns is the progenitor of that affliction. However, Burton’s dark gritty style is all over this, and it makes a great deal of difference between a marginal effort and something that shines despite its problems. And, Michelle Pfeiffer is hot as Catwoman.

Batman returns with a little fanfare, but too many enemies

Batman Returns is solid, no doubt about it. Sure, it has some stumbles and could use a little polishing in the finer points, but like most Tim Burton-directed pieces, the Batman’s second outing on the big screen is an enjoyable cinematic set piece designed to bring the malevolence, sexual tension and tortured soul platitudes that can be mustered from Batman’s arsenal.

What we love the most about Batman Returns is the comfort zone it presents. It’s directed as if it knows its Batman in the second round of the fight, and it’s OK with being Batman. There’s no fussiness with establishing who Batman is and why he does what he does; the viewer already knows that — it’s already banking on the fact that you’ve seen the first film.

Batman succeeds here with the brashness expected of a box office experienced sequel. Burton pulls no punches letting you know that Bruce Wayne is a man used to getting his way and he will work as either the Caped Crusader or Wayne to achieve his goals. And this is where Michael Keaton succeeds once again. His Wayne is more self-assured, more confident in his approach to playing the dual role required. Michelle Pfeiffer is deliciously decadent as Selina Kyle/Catwoman, though we never once bought the “Kyle is a meek woman” act at all. Whatever Pfeiffer managed to build, she wonderfully and masterfully destroys with a simple meow to a stunned Batman and Penguin. Her Catwoman is a master class in movie sexiness. And all that needs to be said about Danny DeVito as the Penguin? He was born to play the role. And along with Christopher Walken, he manages to steal the film.

And that belies the problem with the film. For all of its panache and star casting, Batman doesn’t get enough screen time to justify calling it a return. Keaton isn’t on screen nearly enough because there’s basically three villains all chewing scenery at once. Returns falls prey to — and is the progenitor of — the concept of “Too Many Villains Syndrome.” When Batman’s attention is split that many ways, the story’s focus suffers. It’s hard to wrap up Returns and it’s pretty obvious in a specific scene: Batman chases the Penguin and Catwoman after Shreck’s Department Store blows up and each fly off in a different direction. Batman winds up not catching either one because he really can’t figure out how to catch one over the other first. That is not the dilemma your hero should have.

Batman Returns still remains one of our favorite Batman tales and favorite movies, in general. It’s got the dark, gritty atmosphere that we’ve come to love from Burton, and it remains the last real, viable and serious Batman film until the Christopher Nolan trilogy of films were launched. Returns still provides a good return investment if you’re into the origin of Batman’s silver screen outings.

We score the prop­er­ties in three cat­e­gories: Cast­ing (or voice act­ing in the case of ani­mated), plot and sim­i­lar­i­ties to its source mate­r­ial. Each cat­e­gory receives points out of max­i­mum of 10 per cat­e­gory, and 30 over­all. The per­cent­age is the final score.